Over the last 12 months I have surpassed my goals that I set myself this time last year, and this has made 2015 a totally amazing year, one that will be tough to top. There is one thing for sure about 2016 and those who know me won't be surprised I will try my hardest to make this one even better..

At the beginning of the year I had set my sights on the half marathons I was doing and my first ever marathon as well as beating my parkrun PB, what I didn't expect is how well things would go. As 2015 started I was already a third of the way through my 100 days of running challenge. I was expecting a few injuries after running every day for 100 days but all I got from it was one sore ankle that needed a little bit of rest. That wasn't surprising as I finished off the challenge with an unofficial marathon route around Huddersfield. After resting a couple of days I was back on it getting ready for the Liverpool half where I would smash my half marathon PB with a time of 1h30m26s. It was then on to the Huddersfield, Yorkshire and Leeds half marathons which all went really well. 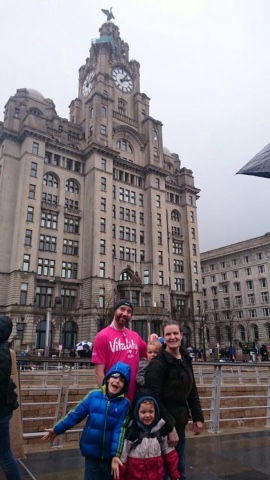 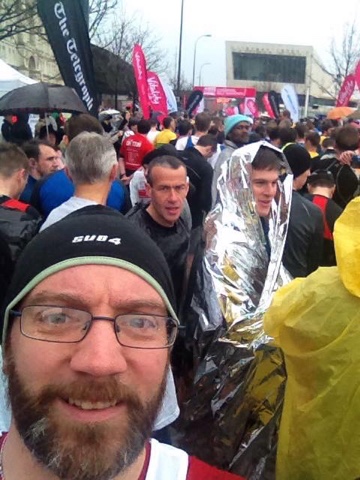 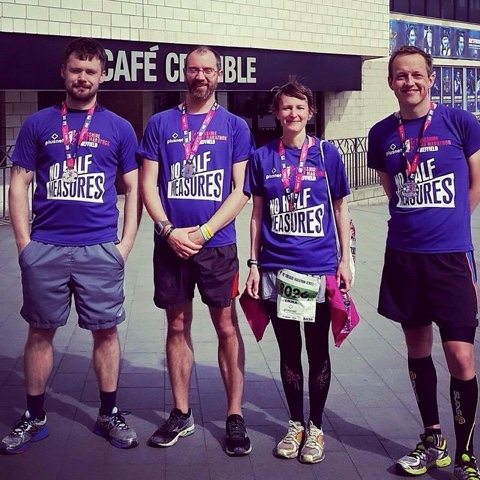 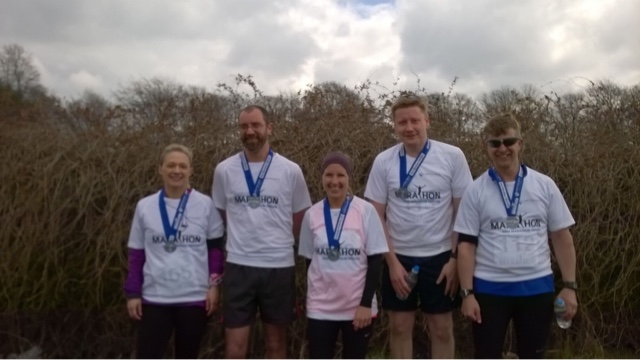 I then created the June 10k challenge which 8 others and I completed  smashing PB's along the way. It was a tough but great challenge and it kept me motivated until my marathon training was due to start. We all did it for different reasons but we all finished it with a great sense of accomplishment. I think I will do it again in 2016 and see how many more people will join me this time. 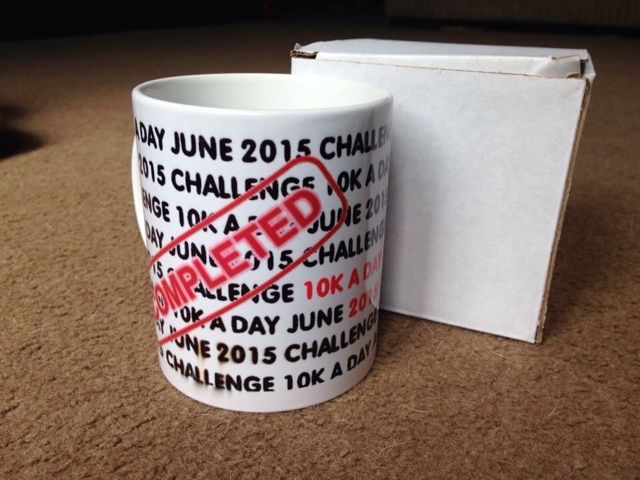 During the rest of the summer I tried to keep up with my training runs but I could have done better, the south of France is a bit of a distraction but a great one. Then there was another successful Shepley 10k and another great run for me and Jessie's debut at my event. 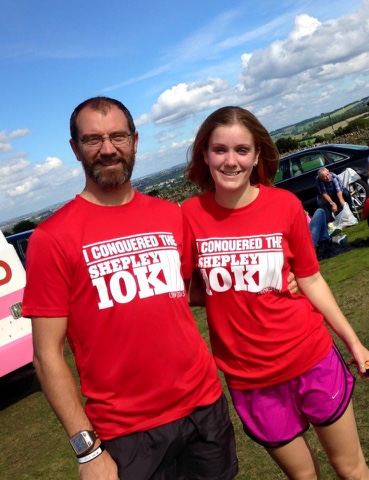 As Autumn hit so did the serious training and the long runs, when I could. There was a failure on my first long run when I failed to plan properly and fuel myself for the long run. This resulted in 2/3 miles of walking and my kidneys screaming for water and my body going into shock when I got home. I learnt from it and my next and final three long runs went well and I felt ready but slightly nervous for my marathon.
I was nervous for about 15 mins on the day until excitement took over, and in the end the day went amazingly. I finished my first official marathon in a time of 3h19m55s which considering I was hoping for 3h30m was awesome and got me all emotional at the finish. I finished it with a slight bit of cramp and that was it so I wondered if I could have pushed it that little bit harder. 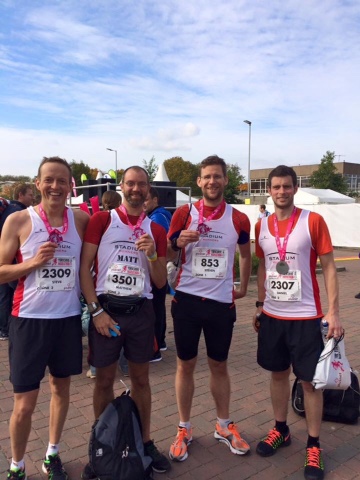 I finished my first full year at Stadium Runners which meant I had entered enough of the club calendar race to qualify for the championship and I finished 6th clinching it on the final race of the season at the Guy Fawkes 10 mile race at Ripley castle. Then we had a great awards night celebrating 10 years of Stadium Runners in one of the fantastic event suites at the John Smiths Stadium. 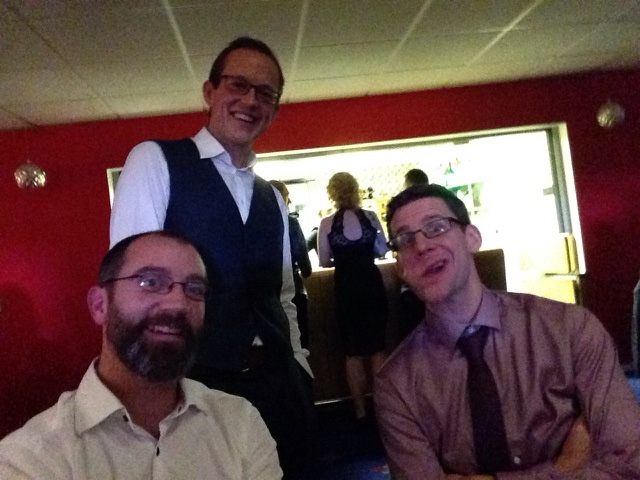 Which then leads me on to December where once again I took part in the Marcothon challenge, completing it with a run with some other Marcothon runners from Acre street runners on New Year's Eve with a 12km run. I have tried to up the training for this years Marcothon by doing buggy runs and even double runs just to see if I can push that little extra for next year. 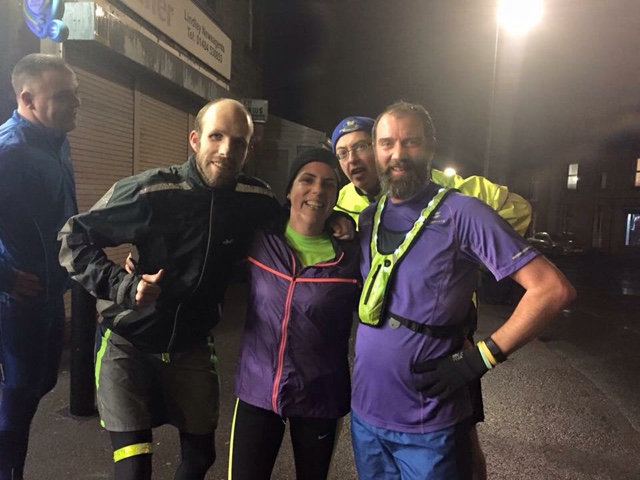 Last year I ran 2600km or 1615m which is nearly 1600km or 1000m more than last year, It has paid off as my PB's have dropped a lot as a result.
5k PB has gone from 20.47 to 19.04
10k PB has gone from 43.05 to 40.20
Half marathon PB 2h02m to 1h30m although there was a huge difference in the courses from very hilly to flat.
My plans for 2016 are fairly simple when put into words but to actually put them into miles on the roads etc will be a different matter. I have entered the Manchester Marathon and have plans for a couple of half marathons in the springtime but other than that I haven't set anything in stone yet. I do however want to take part in my first ultra this year and I'm probably going to target the White rose ultra as the one I take part in. 2016 also see the start of the new road and trail series I am part of and my 2 races (the Windmill 6 and Shepley 10k) will make up 2 of the 5 races in the series, it's a very exciting time. I will update you all on this as we get closer to the first race which is the Windmill 6 on March 6th. 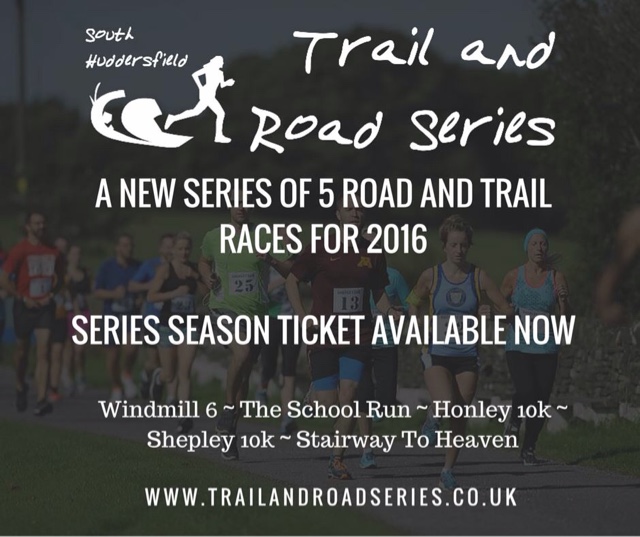 My 2016 has already got off to a great start with Steve and I doing the New Year's Day parkrun double and running in between them as well. We started with Dewsbury parkrun with lots of our friends from Hudds parkrun. 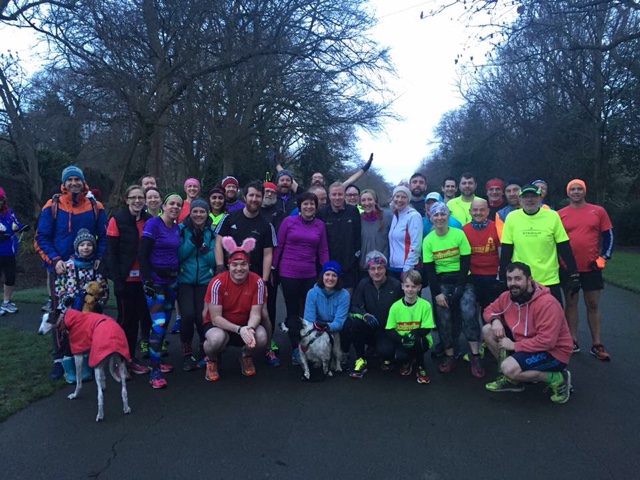 We started steady finishing it in 21 mins which then left us 1hr and 5m to run the 8.5 miles to Greenhead park, Huddersfield and then run Huddersfield parkrun. Steve managed a good run round Greenhead park to finish and I got to run with my family for their first run of 2016 it was a great day. That was then topped off by the following day being my birthday and another parkrun where I managed to run round just 2 seconds off my PB, which after running 15 miles the day before was absolutely brilliant, let's hope that the rest of 2016 continues like it has started.
My beginners group has already had an awesome start to 2016 as well with 6 new faces yesterday one of which was Dexter and he did amazingly too. It was a great start to the year for the beginners group and I can see a lot of potential in them all too, I'm really looking forward to the next session and also the intermediate group this evening.
To finish I'll add afraid my favourite photos from the year. 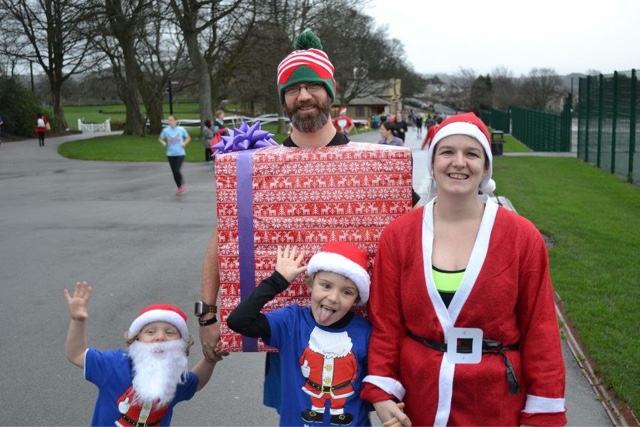 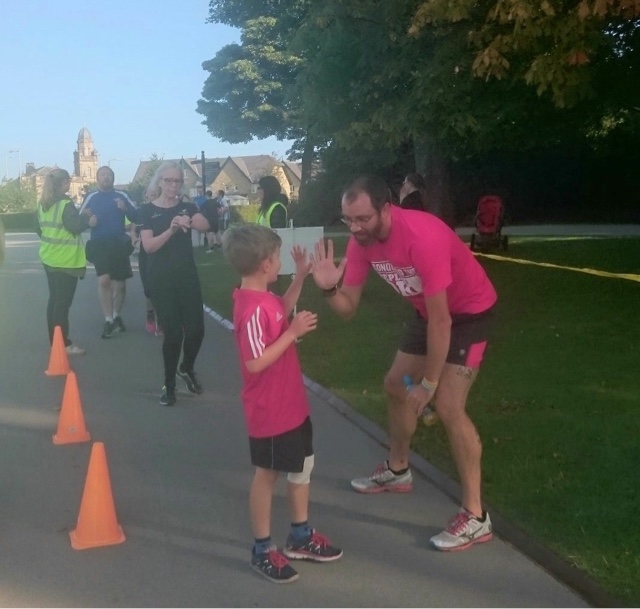 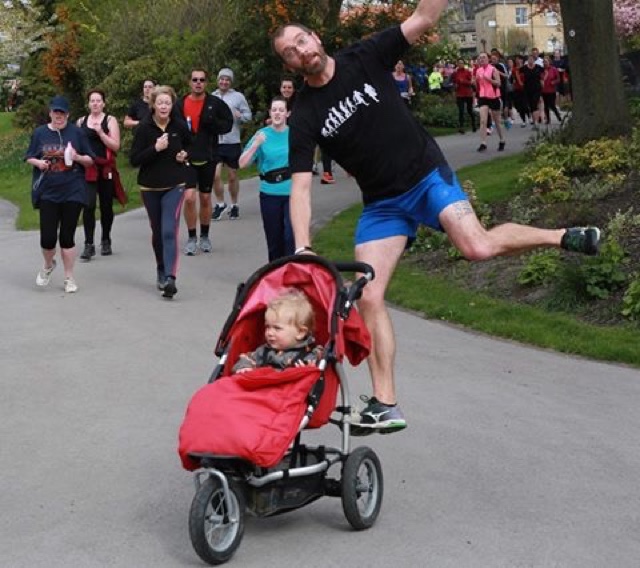 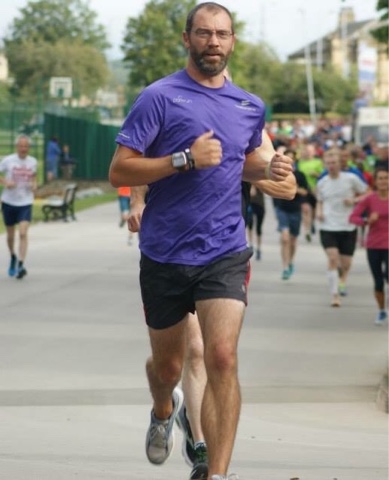 Let's keep it up everyone and keep running
Posted by Unknown at 15:43