It's been a while since I have posted on my blog and I only thought about it a couple of times over the last 3 weeks. Not because I'm losing interest in it but because I've barely had time to sit down and rest never mind write a blog. Especially as I'm not the quickest of bloggers, a good blog can take me a few hours at least. I get stuck into it then have to stop and do something then lose my train of thought for a bit and it takes a few minutes to get it back.
These past few weeks we have been in holiday in the south of France with almost all the family at various points. We were staying at my Dad and Stepmum's place in 30+ temperatures with a pool and these views which was great. 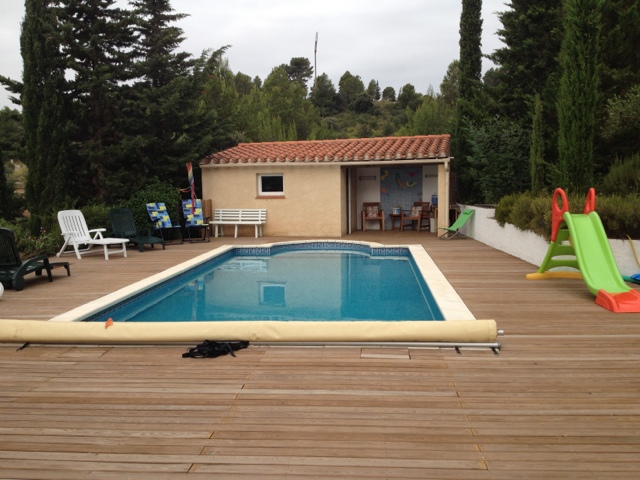 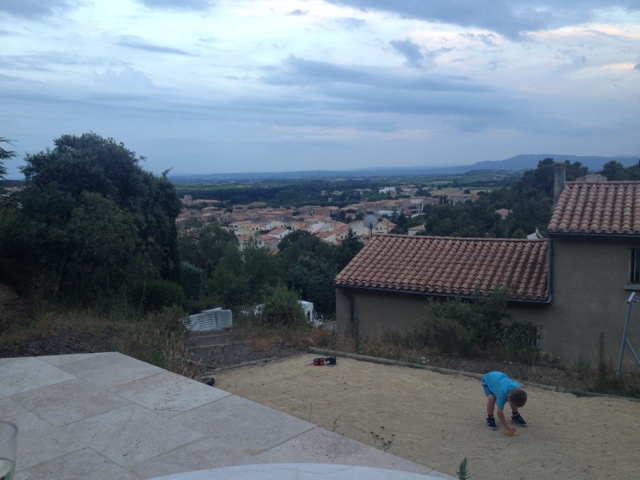 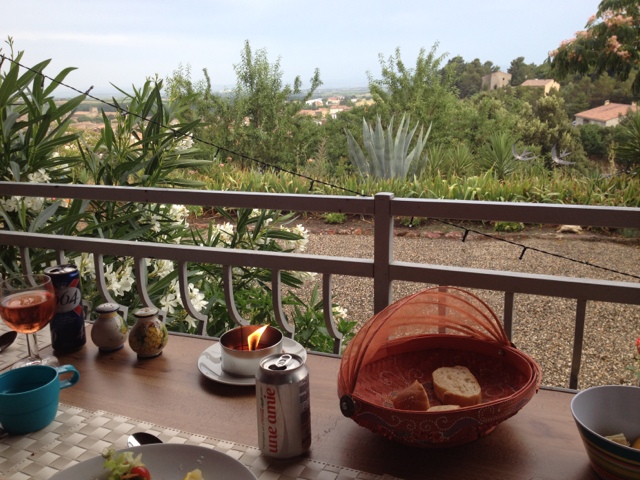 Before the holiday, I started a new workout programme that Sarah-Jane had brought home from someone at work. It's called Insanity and is interval training over 60 days with a workout every day except 1 rest day a week. The workouts are about 45 mins long and after the first couple they definitely live up to their name. By the end of the first week I had got used to the workout a bit more but bits of them were still Insanity. I was still doing my runs along side the workouts and even after a week of Insanity I could tell they have already had an effect on my running. I felt stronger and strangely taller, and on my final run before the holiday even my cardio felt better even if it was only a slight difference.
I carried on with insanity whilst on holiday and in the south of France temperatures the sweat was pouring off me. At the end of my workouts I would jump in the solar shower at the side of the pool then dive in and do a few lengths to cool down. Nothing was more refreshing than diving into a pool after a very warm workout and I'm sure it had a good effect on my muscles too.
It was really satisfying to be able to carry on doing my workouts on holiday and I even managed a few runs as well. My runs started with a mid 26 minute run in 30c temperatures which wasnt the best decision I had made, it drained my energy very quickly. Even though it was a slower than normal 5k time, it was a minute quicker than the same time last year when I was just starting out on my running/fitness regime.
I went on to do 2 more runs and improved my time each time and finished the holiday runs with a time of 25.01. I was slightly annoyed I hadn't broken the 25 minute barrier but considering the heat I was still happy. Whilst on holiday we had the chance to recreate a photo from last year and before I started running. So here is my before and 1 year on photo we did to compare my body shape. 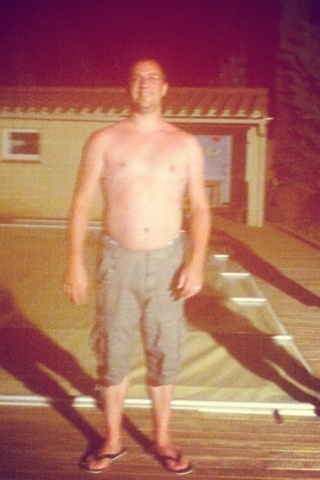 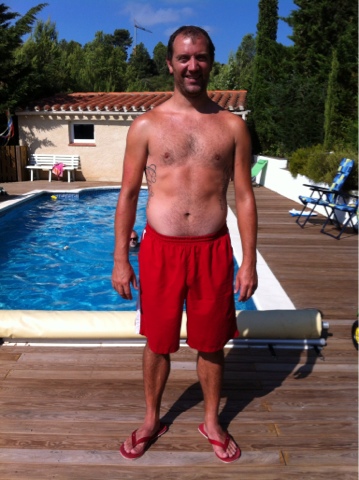 With all the runs, the daily workouts, the swimming, and the 2 rounds of golf, you could have mistaken this relaxing holiday for something else. But that is what it was, a lovely relaxing 2 weeks of fun and sun and lovely company. 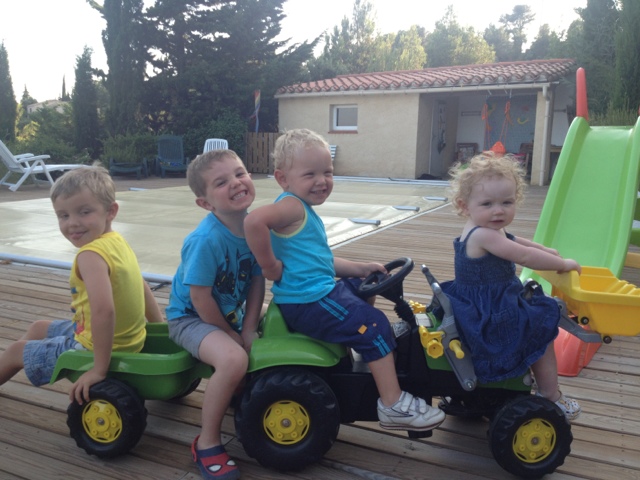 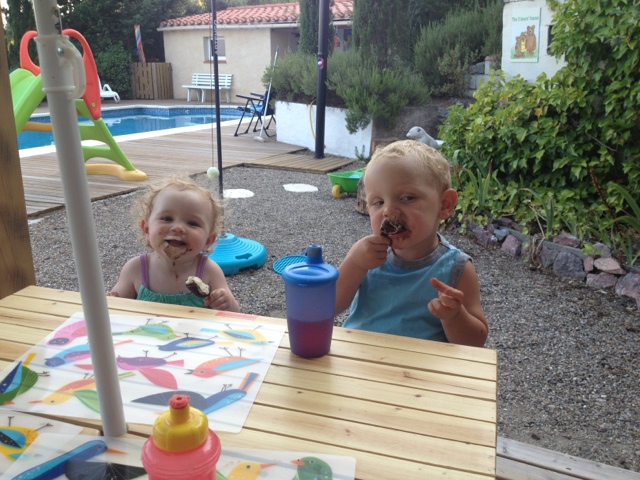 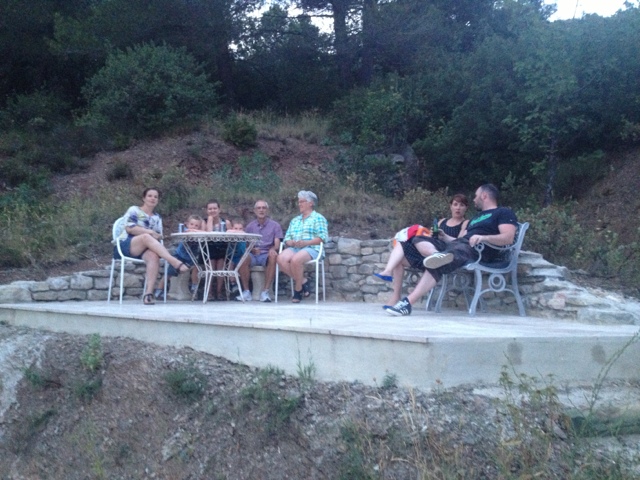 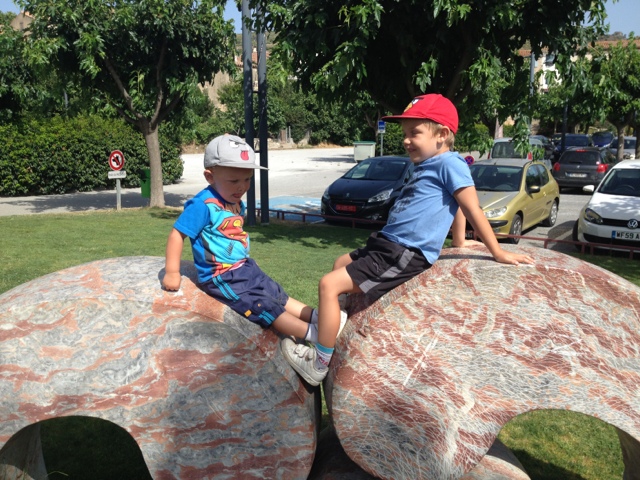 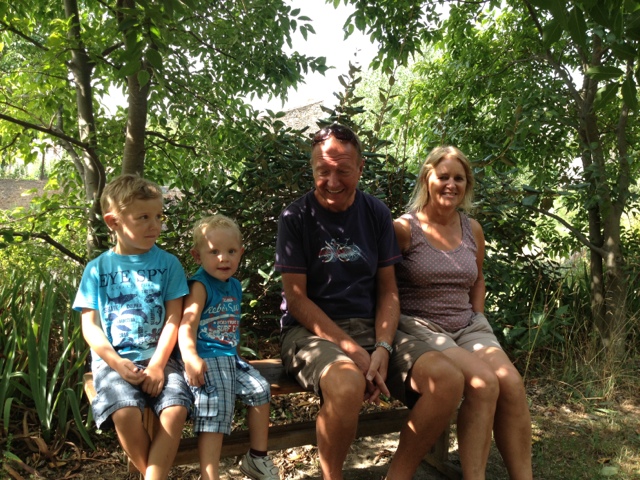 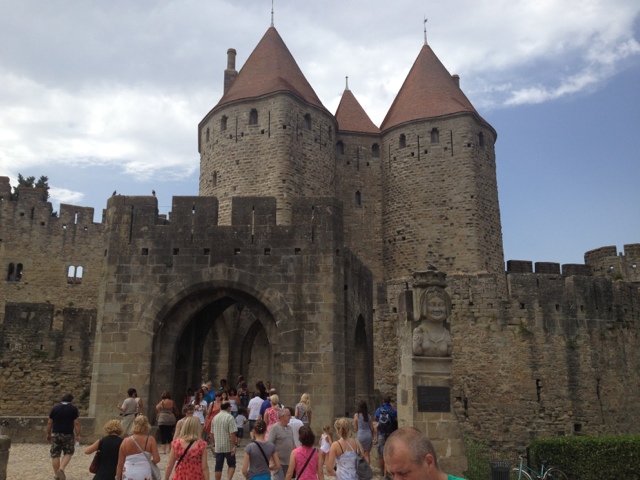 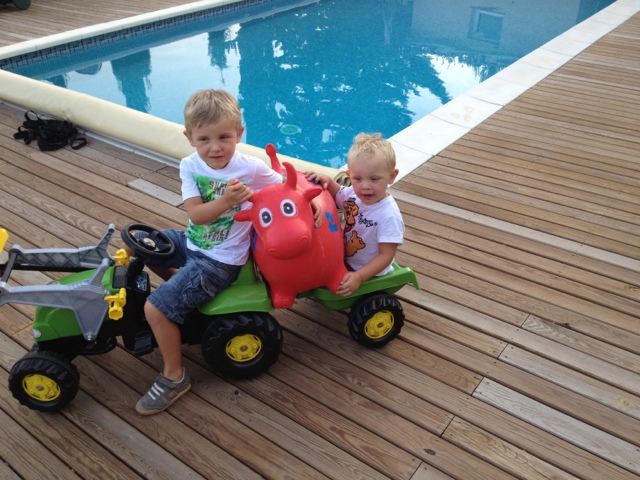 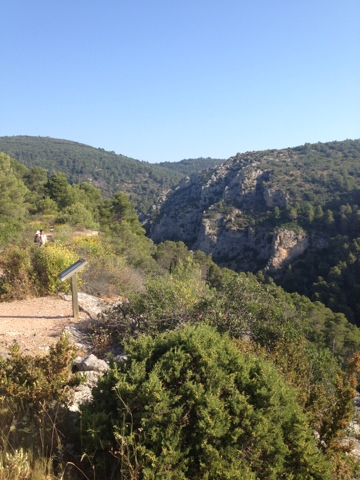 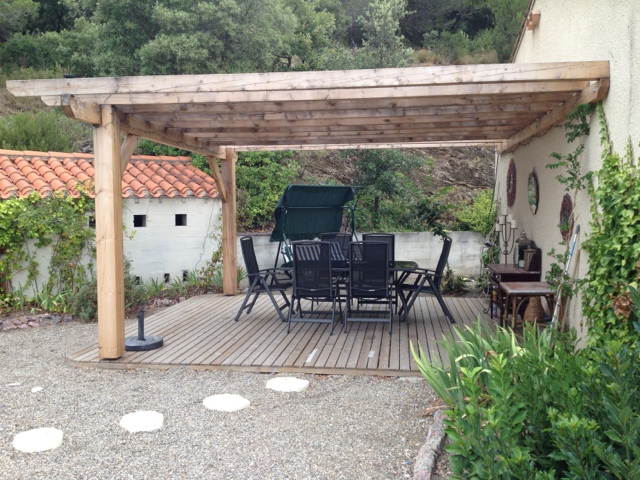 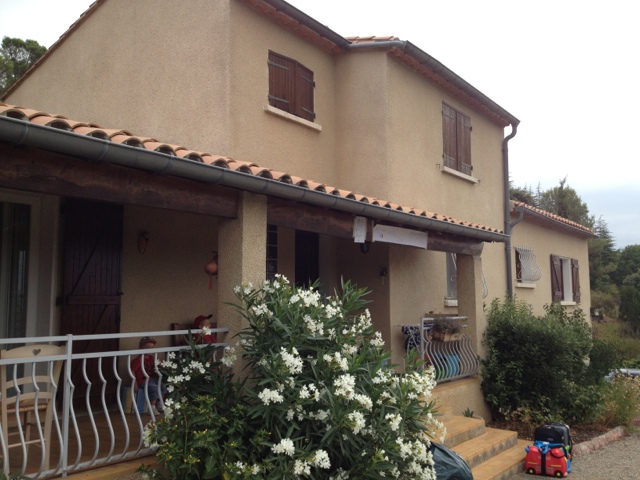 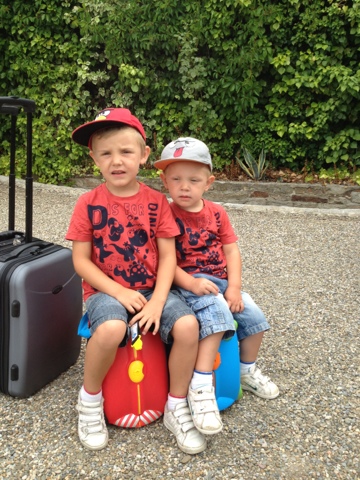 So when we got back home and back to the British summer and lower temperatures I was interested to find out how much if any difference all the exercise has had on my running. I was interested to compare my running against my normal route to see if there was any time difference and/or if I felt a difference.
So Thursday after coming home I went out for a run and was slightly sluggish to start with, the 1st km was 4.59 and a little disappointing but I tried to up the pace. The next couple were better in the mid 4 minute area and when I reached 4km I noticed something. Normally at this point I would be slowing and not looking forward to the last uphill, but I was still going strong. I was keeping my pace and  my cardio was a lot better and I powered up the last hill and when my brain slowed me down at the top of the hill I noticed it and picked up the pace again without issue. I was heading down again to the 5k mark and was trying to push to the finish hoping for a low 24 minute time but at the end my app called out 23.34 min. I was slightly surprised and not at the same time, but very happy I had managed to beat my PB by a whole minute. This also was encouraging for parkrun on Saturday I wanted to come back off holiday and attempt a new PB at parkrun and having beaten it in training was exciting. When Saturday came I asked Dexter if he wanted to run this week hoping he wouldn't but I had to ask. Luckily he said no, so I could now go out and run my socks off hopefully beating my parkrun PB which is set at 24.34 mins.
So at the start I noticed a friend of Rob and me, Steve. He was near the front so I squeezed in next to him to say hi, and see what he's been up to. This was his 2nd parkrun, his 1st being the week previous whilst I was on holiday. I asked him how it went the week before and without pausing he said he had done it in 20.54 mins. I was impressed but jokingly said he was a show off, which he followed up with saying he was trying for a sub 20 minute time this time. So again a show off comment was returned, but I wished him luck and after a quick gossip we got ready to run. As always Sarah-Jane and the boys had got in their position at the playground to watch me pass and cheer me on, which is always great. Clark's talking is improving all the time and so is his voice so the his cheers are becoming louder and louder which on lap number 2 made a couple of the other runners around me giggle a little at my cheer leaders. At Huddersfield parkrun this week we had pacemakers of 20 mins, 24 mins, and 30 mins I think. So when I was on my last km and the 24 min pacemaker hadn't passed me I new I was on track to beating my PB. With a few hundred metres to go I was almost certain I was going to beat my time so I wasn't to bothered when a couple of people passed me with their sprint finishes. I would come to regret not pushing that last 200 metres as I crossed the line in such a surprising time and it could have been better. My time was 22.28 min which is another minute faster then the other day. I know it could have been faster as I had settled on beating my PB rather than running as faster as I can, but there is always next time. That is one of the best things about parkrun, it's there week after week for you to try as hard or as little as you want. I was really pleased with my time even if I was a little annoyed at my finish, and I have in the space of a year (give or take a few weeks) taken 5 minutes off my 5k time. I met up with Steve afterwards and checked to see how he got on with his target. He did it with a great time of 19.46 mins, which he put down to following the 20 minutes pacemaker then sprinting off near the end. Which I guess is the way to do it, so well done Steve and hope to see you again next week.
Looking back at my times over the last few weeks and how they have improved, and how I've felt whilst doing them. I have come to the conclusion that the Insanity workouts have a lot to do with it but not everything. I think I had just become comfortable at 25 minutes or just under, so didn't push myself as much as I could have. Either way I'm liking the results that have come from doing Insanity and I'm looking forward to the second half of the 60 day workout plan and training for the Shepley 10k. We will have too see what effect Insanity has on my 10k times, my PB at the moment is just over 52 minutes. 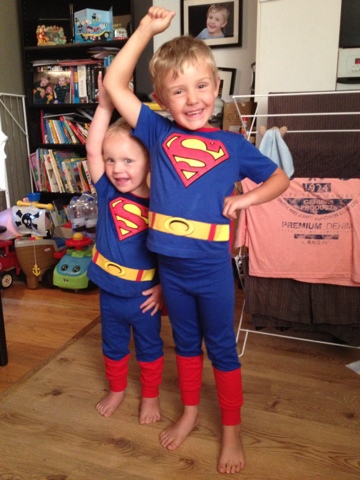 Last week also saw the opening of registration for Yorkshire Warrior 2014 which is very exciting but more on that later.
Keep running everyone
Posted by Unknown at 14:36 No comments: