17 and counting where will it go from here.

January so far has been full, action packed and a slight blur. My life as a stay at home father has returned after a short break as I returned to work. I joked at the time when I returned to work that I came back for a rest, and after a couple of weeks of school runs, baby feeds, after school clubs and countless parties the joke has defintely lost its punch line. 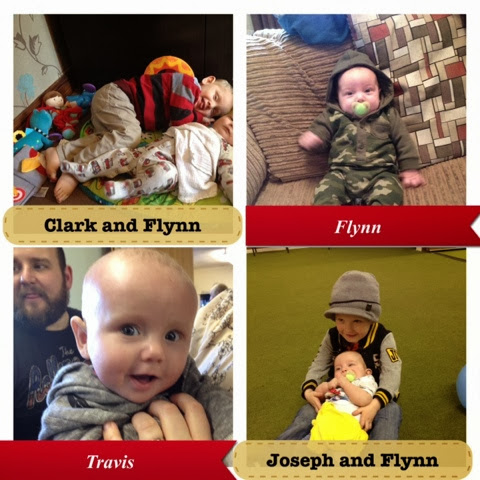 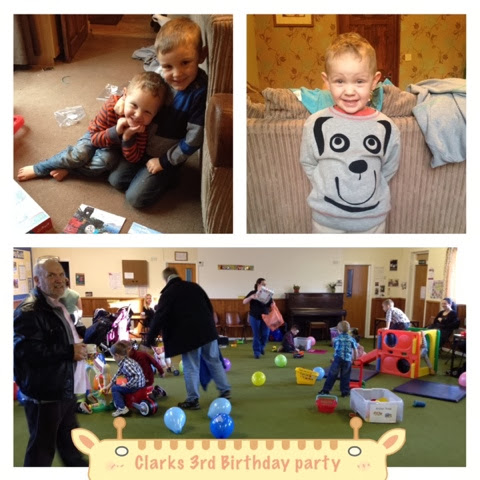 The first week back coincided with the start of Jantastic, a website for runners to join a running community, log their runs, set yourself targets and achieve those goals for the first 3 months of the year. It's designed to help you keep to your New Years resolutions or to get back into the routine of running after the Christmas break. As well as that it's a very helpful tool to push your training that little bit extra and with the added social element of running teams and rivals it adds a little bit more fun into the cold winter months.
So during the day in the first week I was cruising around almost zombie like but on auto pilot and then on an evening I was pounding the pavements trying to get my running back on track and the training for the big runs of the year started. With a few 10k and 10m runs planned and my first half marathon all before the end of April I needed my training runs and my routine back. The second week has been a lot smoother and I even managed to find a bit of time to do a bit of shopping and planning for the up coming Shepley First School fun run. 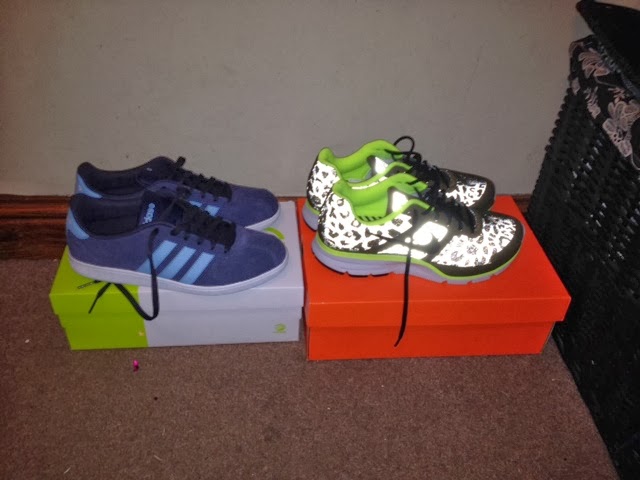 The boys have settled down too from the change from Mummy to Daddy during the day and we've had a lovely time almost getting to know each other again. It's a strange change for them too having just got use to Mummy and her routine and way of doing things to then have Daddy do things slightly differently or at different times. Just a slight change can throw them and that was all to true with Clark taking a couple of steps backwards with toilet training, luckily he seems to be gaining those steps back again already.
My running is also back on track and with the added pick me up of new shoes thanks to Nana and my birthday present I have managed to meet my Jantastic targets fairly easily. As ever the routine and awesomeness of parkrun is going strong and this weekend was another record breaking for Huddersfield parkrun. 621 runners, breaking the record by 9 and only 3 weeks into January is such a fantastic start to the year, keep up the good work guys. This parkrunday we also had 4 new parkrunners join in, Becky joined us a couple of weeks ago but this week her husband Paul came along and ran with their sons Zane and their new arrival Travis in his buggy, thus creating Team Horsfall. Along side Team Pattison and Team Horsfall was my sister Jessie and she had brought with her and all the way from Liverpool, her boyfriend Matty who was running his first parkrun and being a parkrun tourist as well. We've already talked about plans for us to do the return trip to Princes' parkrun (Liverpools parkrun), as I've already said to a few people 2014 is the year of parkrun tourism. 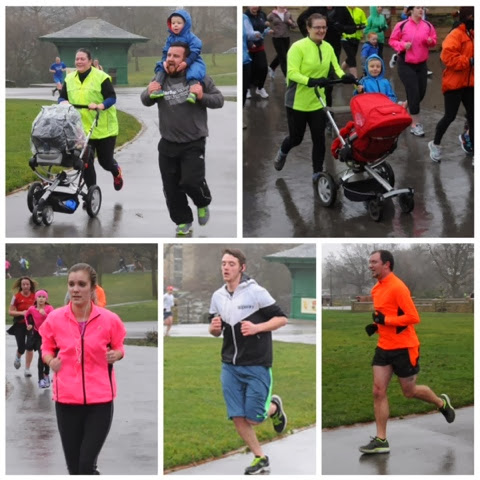 I then got thinking about how many people I have directly or indirectly introduced to parkrun and how many of them have really enjoyed it and continue to take part in parkrun. When I say indirectly in kind of mean the butterfly effect, I.e. They registered because they came with someone I introduced to it via word of mouth or social media. Roughly counting I think I got to about 17 people that I know of that have taken part in parkrun resulting from me taking part for the first time back in June of last year. Only 7 of these are family members and the rest comprise of friends or friends of the family, and this is just the start, I wonder how many of these 17 will end up encouraging others to take part too. This is one of the main reasons for the success of parkrun and why Mr Danny Norman gets wildly passionate about parkrun when talking stats and growth on The parkrun show podcast. I enjoy Danny's passion and I hope that it rubs off a little on everyone, then hopefully the stats and growth will continue.
I hope to increase my tally of people I have help to discover the joys of parkrun in the next couple of months and with the Shepley First School fun run being held at Huddersfield parkrun this year I could easily double my number if not treble it. Only a few people at Dexters school have heard of it never mind take part in it, so with the possibility of about 30-40 people taking part in the fun run, my number should increase a lot. However It's not about how many I can introduce it's how many of them continue and return on a regular basis to increase their fitness, better their times or just as a regular fun and social event. This is usually due to the fun friendly atmosphere and people that run, volunteer and organise Huddersfield parkrun. So a big thanks to Simon, Mark, Kerry, Kev, Jo and many others sorry I don't know everyone's names, keep up the good work and let's keep breaking those records too.
How many people do you think you have encouraged and introduced to parkrun and all its awesomeness?
Keep running everyone
Posted by Unknown at 16:50 1 comment:

Happy new year everyone and I hope Santa brought you all some amazing gift this Christmas. Most of our Christmas was centred around parkrun ands it's many holiday events. As well as the runs there were plenty of presents and food and lots of family time.

At last count in the past 15 days Dexter has done 4 parkruns and 19 in total (almost 2 and a half marathons and for a 5 year old that's incredible), SJ has done 5, and 15 in total since giving birth to Flynn (just as incredible) and I have done 6 because of the double on New Year's Day and 26 in total since June.

These runs have been some of the best parkruns I have done with various fancy dress and festivities involved. So much so that the parkrunday after Christmas Day when I was running in just my usual attire it felt strange and is almost felt a little naked.

Then this parkrunday it was completely back to normal but with a few extra faces and some new gear to run in. It had been my birthday this past Thursday and SJ had got me some new running clothes which I immediately donned for this parkrunday, all matching colours too. Plus I was trying out a new toy I got for Christmas from Santa, a video camera in a pair of sunglasses which can record in full HD and for a good couple of hours too. I asked Santa for them specifically for the Yorkshire Warrior in April but knew I needed to get used to them so why not try them and film my parkruns now and again.

There was a few mishaps with the glasses and I didn't manage to record he first 3km of the run but the  last 2km or at least most of it was and I was impressed with the quality and ease of use once I had it going. I also took some footage of my after run, where I had a chat and rest with my friend Steve before I went off to catch up with the rest of Team Pattison. Plus we had a new face running with us this week, it was Becky, my sister Jodie's best friend. It was her first parkrun and she did a brilliant sub 40 time as her first PB, a good bench mark to start off with. Brilliant job Becky. When we got home I looked through what I had managed to capture and made this short video as a test video for what could be a regular thing.

Now at this time last year I was setting myself a mileage target to hit based on what I would usually run around Shepley. I had set myself a target of 1000km but I didn't even get close I think I'd be lucky to have got 800km and if it wasn't for parkrun I don't think I would have gone past 500km. So this year I won't set a distance target instead I have come up with a different target. Whilst organising the New Years Day double parkrun I posted on Facebook that 2014 would be the year of the parkrun tourist. For those who don't know what that is, it's a person who travels to other parkruns other than the Home parkrun they have designated online. So my target for this year will be to do at least 5 more different parkruns, not including Huddersfield, Barnsley and Dewbury as I have already done these. There are at least 10 that are within 1 hrs drive of us so fairly easy to do. So I have no excuses on completing this target this year, plus I have at least 3 10k runs, a 10k obstacle run, a 10 mile obstacle run and a half marathon to train for and all before august. So mileage shouldn't be a problem this year, the test is breaking the usual parkrunday routine to go to a different parkrun.

Here are a few photos from the Christmas period that I have liked from the Huddersfield parkrun Facebook page and a few of my own when I remembered to get the camera out. 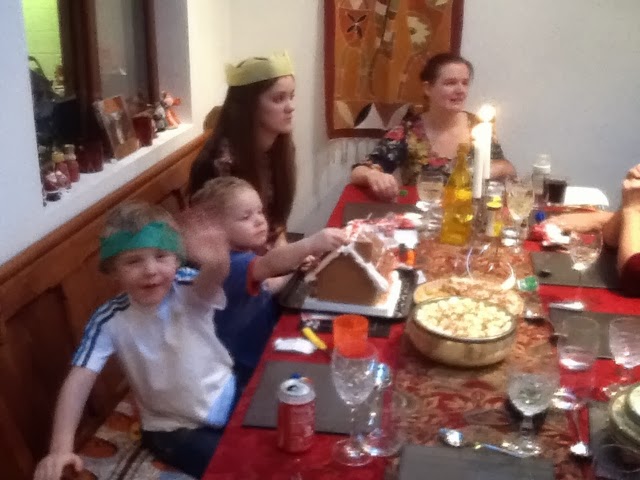 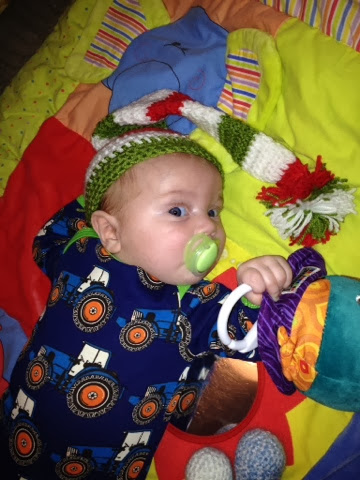 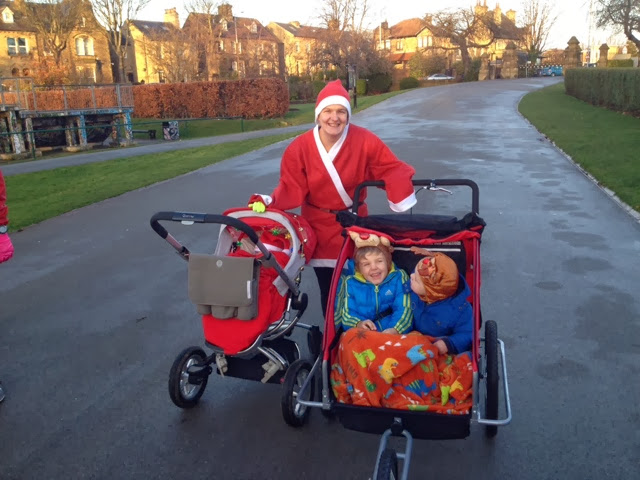 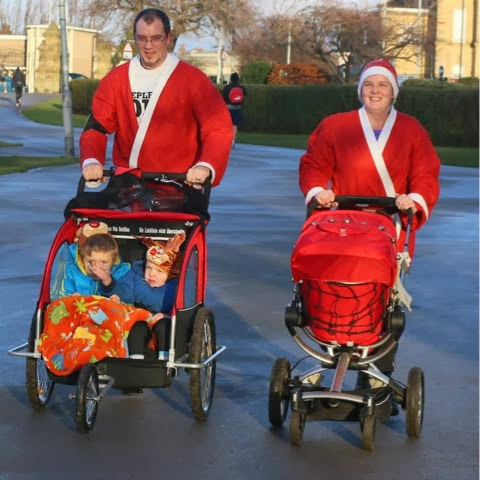 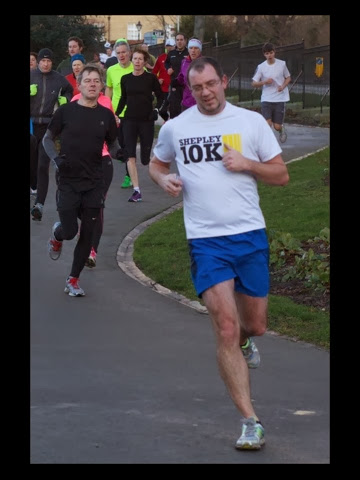 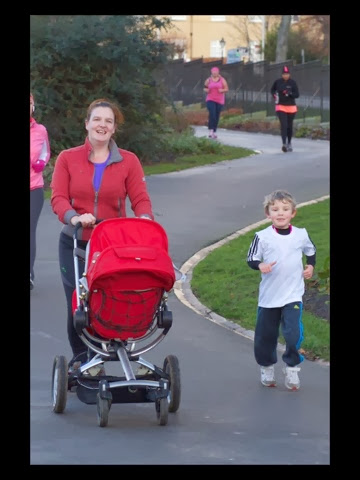 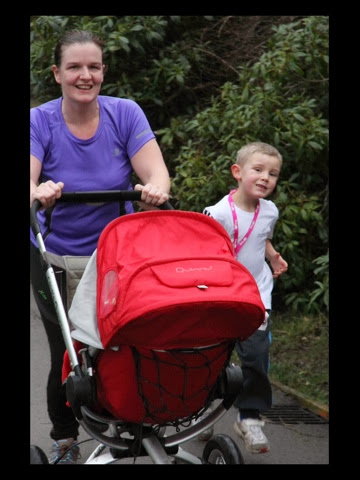 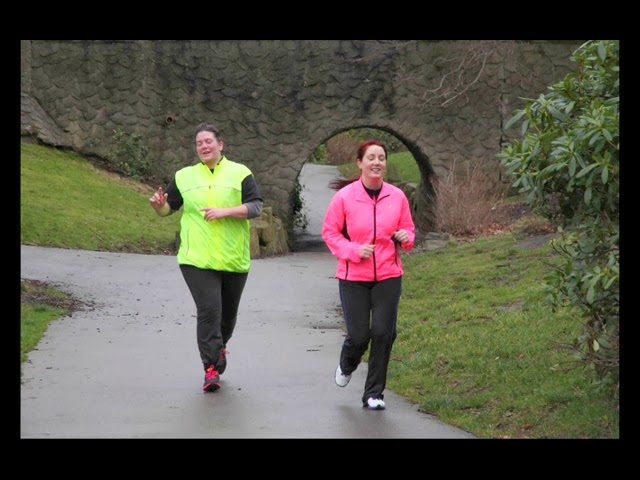 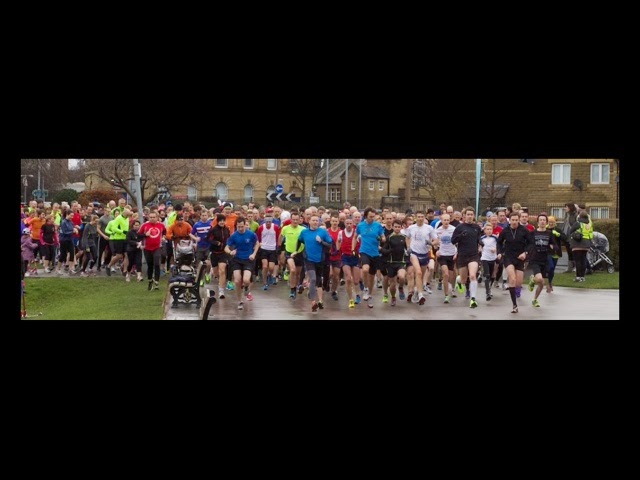 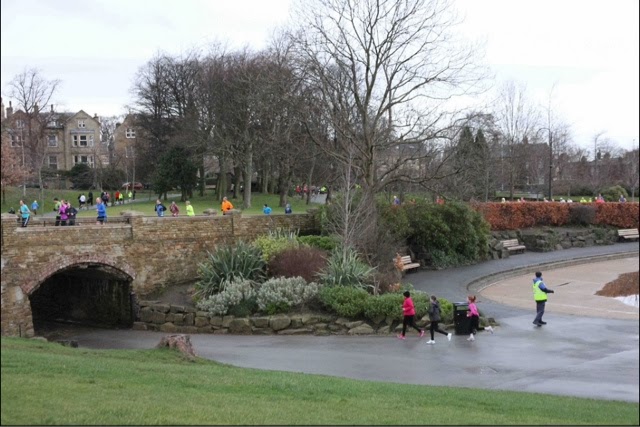 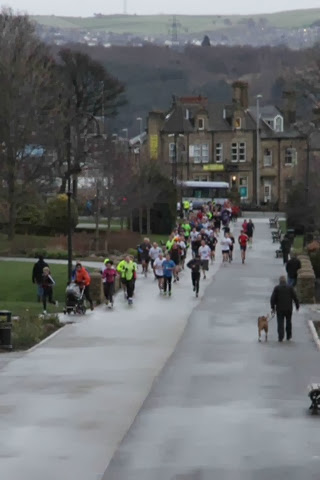 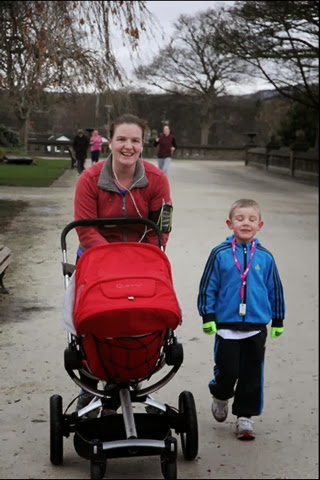 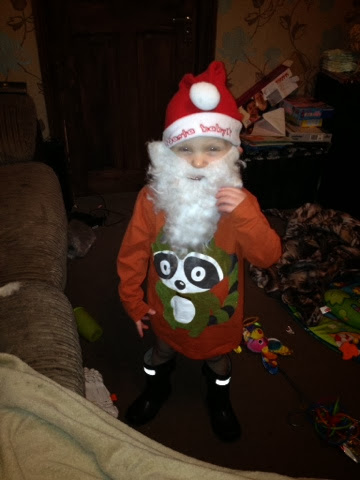 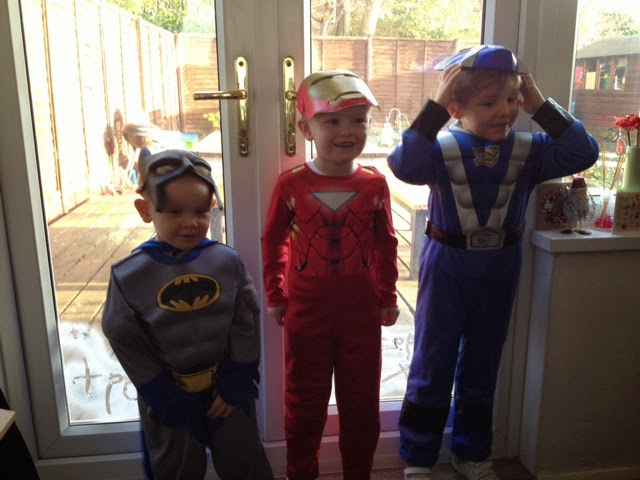 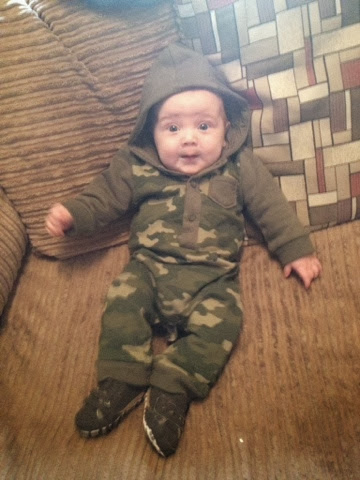 Plus I hope you enjoy the video even if it is a bit rubbish, I hope you all have a good 2014 and hit all your targets you set yourself.

Keep running everyone
Go Team Pattison
Posted by Unknown at 06:42 No comments: