January 2016 and what a start to the year PB's, interviews and new stuff

In my last blog I talked about trying to make sure I topped a great 2015 with an excellent 2016, well so far its mission accomplished. Last year I started with the goal of cracking a sub 20 at parkrun by the end of the year but did it within weeks of the year starting. Well the same happened this year too, my goal was to get a sub 19 by the end of the year but just as last year I did it within a couple of weeks. I put a lot of it down to the run streaking I have done for the past couple of years around this time of year but also a bit of it is down to new shoes.

The confidence and buzz a new pair of shoes gives you is great, going round corners is easier and in slightly damp condition you still push hard knowing that you're not going to slip in the slightest. This resulted in a parkrun PB of 18.47, which when I crossed the line and saw my time on my watch made me uncharacteristicly shout and yell really quite loudly and with such joy that it made my friend Steve get goose bumps, as he was really delighted for me.

The next day I then went to the first race of Team OA's 4 seasons 10k trail race to test out the new trail shoes. A few friends were doing the same race so I turned up and paid on the day (first time I've done that and it felt weird) and lined up on the front of the startline next to Tom Whitworth and his dad. Tom is a great runner and has just turned 15 so his dad was running with him so he could enter the race. Tom parkrun PB is a mid 18min so I knew if I kept with him I'd would know I was doing well. We stuck together all the way round and in the end we both left his dad behind on the final descent and Tom passed me with 200m to go and we crossed the line, get this, Tom 3rd and me 4th how amazing is that.... I was on cloud 9, finishing 4th was awesome and on such a muddy and hilly course I was even more amazed that I did it in 46 mins too. 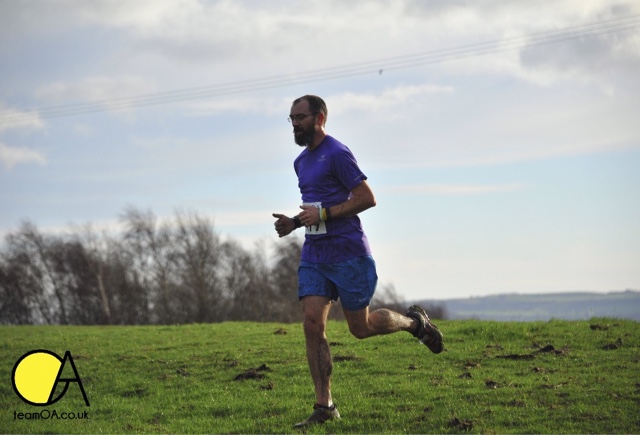 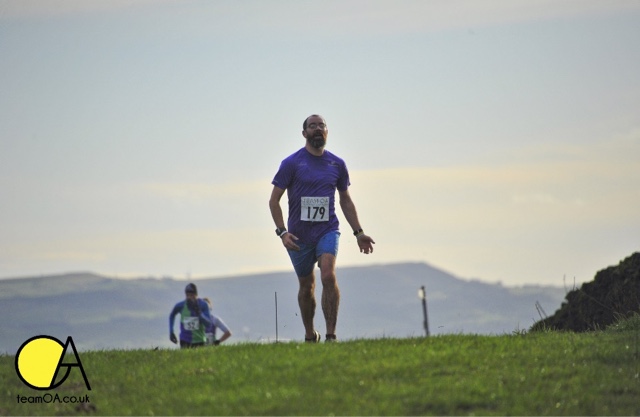 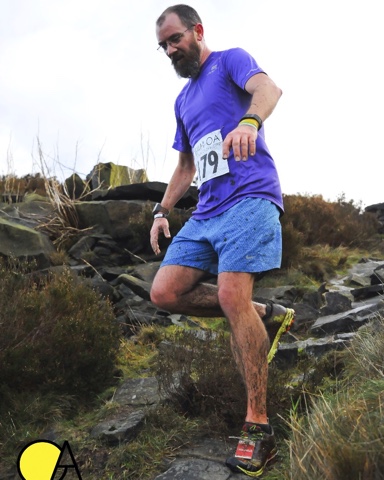 During the following week I had a job interview, something that I haven't had for nearly 7 years and for a job I knew I could do but hadn't done anything like it before. The interview went well but there was a definite sense that they wanted someone with experience but at least I could come away with a bit of experience and happy that I put myself across to them properly and without saying something silly or getting too nervous to answer the questions properly. Now I know this blog is mainly about my running but I put this in because of all I have done over the past three and a half year has helped me in more than just in a race or run. For example being involved in parkrun and mainly Junior parkrun has helped me immensely in organisation speaking in front of people and believing in myself and what I can bring to others. Even if it's just how I appear to others that gives them the confidence to try something new or follow in my foot steps, it's how I've have gained a lot of my skills and knowledge. A week later and it was confirmed that I didn't get the job but I was ok with it as I had done something that I have done for a while and came out of it with a great self confidence and more experience.

They say when one door closes another one opens and a few day later that was proven true as I received an email about something I had expressed interest in back in December. I was chosen to be 1 of a 100 testers of a new running watch from Epson the new runsense SF-810. I have to review the watch through a regular Vlog that I will post on YouTube and on a Epson website too and if I do this up to March 20th I get to keep the watch and all free of charge. I'm so excited about this opportunity, I like new things and having the chance to test it out before many others is just so cool. It arrived a few days ago and I've been playing with it and checking out its feature everyday since, discovering which are cool and useful and which are just unnecessary. You can see my terrible attempt at my first Vlog by clicking here hopefully I will get better at them as this product test continues. 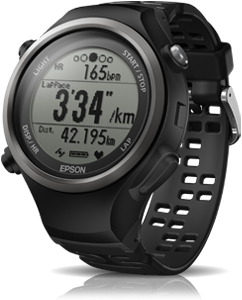 The watch boasts a 99% accurate heart rate monitor and a smart GPS feature which should reduce the loss of data from such things as tunnels and dense over hanging trees that play havoc with the signal on most running watches. So far I have had very few problems with the watch just setup issues, like understand and getting familiar with the buttons and what they do. The main setup issue has been adjusting the display setting, you can choose which type of measurement you want on your display i.e. heart rate, distance, lap time, and time. However when I added time to it, it wasn't time as in duration, no it was time as in clock time, this puzzled me as I looked up and down the list over and over again. If Time was a clock what on earth was duration time under, they can't possibly have forgotten to put a stop watch on a running watch, could they? Well as it turns out after SJ looking at the list, that it was classed as split time, which I thought would be something similar to lap time. SJ said it was a slightly old fashioned (apologies if that is a bit offensive or ageist)way of saying time/duration. Once you have your display set up the way you like it you have to save it and then, this is a silly bit but make sure you write the data to the watch otherwise it won't register it and revert back to the way it was before.

On a normal day to day and run to run basis it has been brilliant, it's light which always helps, some watches can be quite heavy which you notice on a long run, so any extra weight you don't have to carry with you the better. The strap has lots of holes making sure you can get a great fit on you wrist and avoid any unwanted movement. On a run it's been really good and the GPS has so far been spot on give or take 5/10 metres at the Km splits. The smart GPS is supposed to learn your stride pattern so that if you go through a tunnel or lose signal briefly it can still work out your pace and location. I haven't needed it yet so can't comment whether or not it works but I'm sure I will need it at some point. However I have had some loss of heart rate data where it thinks I have a heart rate of 100 for a good couple of km's, now I don't know if it is because I'm wearing the watch too tight or too loose or if it was too cold for it but something wasn't quite right. I will keep an eye on that and see if it sorts itself out or not.

The battery life on the watch is really good, it boasts 30hrs of GPS tracking but I thought I would just see how long the watch lasts if I just use it like a watch. So I wore it all the time, like a normal watch and then on my runs too, to see how long it would last before it needed charging and I was pleasantly surprised. It lasted four full days and four 10k runs before I put it on charge overnight which means you could use like a watch and wear it all the time just charge it every few days whilst you sleep. It also has a power save mode which is cool, when I took it off to get in the shower/bath or to do the washing up and put it on the side, after a couple of minutes it turned itself off. Then when I pick it back up to put back on it recognises that and turns back on, saving on your battery life again. so far I'm very impressed with the watch, let's just hope it continues that way as the test progresses.

There has also been other great things happening in January like, my running group on a Wednesday has grown to around 12/13 people and nearly 30 since I started back in May and even Dexter has started to join me on a Wednesday which makes me ever so proud of him. It's great to see lots of new faces join me for my beginner runners group and so far they have all done amazingly well. January has also seen another interview for something I'm very familiar with but as yet I don't know the outcome so I won't go into too much detail other than to say if I get it I will be so proud and excited. Clark has achieved and received his 10 t-shirt and even smashed his junior parkrun and Saturday parkrun PB's, he is turning into a brilliant little runner. 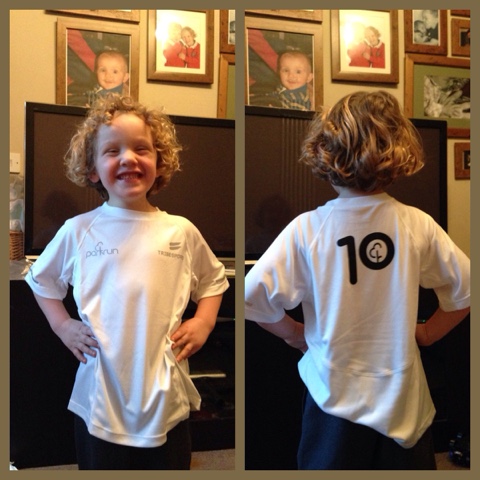 SJ has set her sights on completing her first 10k by June and I've signed her up to take part in the Wakefield Hospice 10k in April. It's amazing that she has decided to do it and it makes me so proud of her, plus she is doing really well at Judo too, she's well on her way to get a green belt soon.

In December last year I was approached by a friend at parkrun to see if I could come into the school he works at to do a talk about junior parkrun as the have a small running club and would like bring them to junior parkrun and maybe attract a few more to their running club. Well yesterday we finally found a time to suit us both and I went down to stand in front of 200 kids and talk to them about junior parkrun and parkrun in general. I gave them the run down on what happens on a Sunday and a few stats about parkrun then I asked them if they had any questions. Immediately there were loads of hands from enthusiastic kids which was great to see and I did my best to answer them all. There was questions like "do we get a trophy?" and "do we have to run with our parents?" so I think they all got what I had been saying and when they were asked who wanted to try it almost all of them put their hands up which was amazing. It wasn't until after the assembly that I had anytime time to breathe and reflect on what I had just done. I would not have been able to do that three years ago without feeling terrified and really nervous and probably done anything to get out of doing it. Another thing that I feel I have parkrun to thank for as it has given me a whole new level of confidence when it comes to talk to people and talking in front of large group of people all with their eyes firmly focused on me. 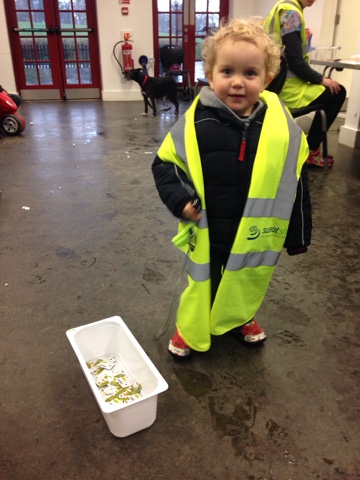 So January has been an awesome month so far and lets hope that the rest of the year continues in the same way.

Keep running everyone
Posted by Unknown at 09:39 No comments: