OMG WE ONLY WENT AND BLOODY WON

In my last post I mentioned the #myrunningmate competition that the Kangaroo island marathon were holding with a couple of entries to the marathon and travel and accommodation up for grabs. Well we only went and won it!!!!!! OMG!!! SJ and I are truly amazed and so very humbled by the help, votes, shares, and general loveliness shown by our friends and total strangers towards us for this comp. We are so excited now and can't wait to find out the details etc. about the comp and share them with you.
Posted by Unknown at 16:05 No comments:

February started where January left of with lots of running, well what did you expect and the start of another month or so of PB's yet again. At some point all the PB's will stop I'm sure but for now I'm just happy to keep pushing and getting better and faster.

Early February is Dewsbury 10k time and this year was my first attempt at it, with a flat out and back route it was popular for getting PB's, people compare it to the Leeds Abbey Dash. I hoped not as I was looking forward to it and to possibly getting that elusive sub 40 time, I had tried and failed at the Abbey Dash so this was my next opportunity. It was also on the Stadium Runners race calendar so I had to give it the best I could so I could pick up as many points as possible. I got a lift over there with Steve and on the drive over we discussed our tactics and Steve was happy to pace me to a sub 40 which I was happy with. If I could stick with Steve as long as possible I should be able to hit my target, so at the start line we made are way as close to the front as we dared and at 9am we were off. About 1km I passed Steve feeling great and just planned to stay in front of him as long as possible because I know Steve would hang behind and then just breeze past at the end. At the turn around I took a gel even though I felt ok still but knew I might need it in the closing minutes. By 8km Steve still hadn't passed me and I was still keeping my focus and posture to try and keep it that way. It was also at this point that the route turned a corner and we had a fairly strong head wind for the last mile. So normally when you want to push that little extra to get the best finish you can you can't because of the wind. I had to just dig deep and push even if I didn't get that little extra push at least I wasn't slowing down. As I got within 200m of the finish I put in a little extra for the sprint finish and to make sure I gave Steve a run for his money. I crossed the finish line and and turned around to congratulate Steve but he wasn't there, so I looked at my watch and to my amazement I had finished in 38.14mins. I had beaten my 10k PB by over 2 mins, I was gobsmacked but absolutely over the moon. Steve came across the line a few seconds later in 38.30 beating his PB too and he said he tried to stay with me but couldn't which made me smile as that was only the 2nd time I had beaten Steve at a race and I thought the first would be the only time that would happen. We hung around to cheer and meet up with all the other Stadium runners and it turned out to be a great day for PB's as at least 75% of us had beaten our PB's. Well done everyone.... 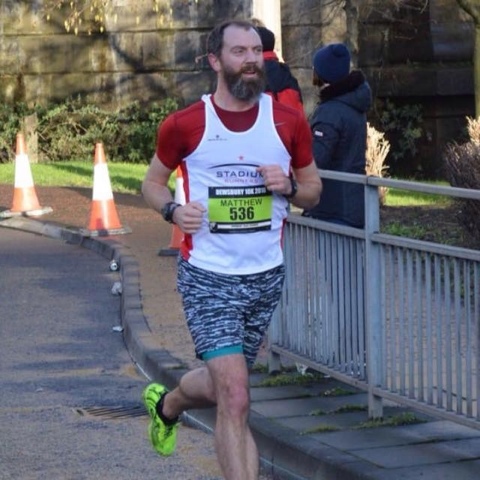 The high of the Dewsbury 10k was still helping when It came to parkrun the following Saturday where is also took a few seconds off my 5k PB too as I crossed the line in 18.40m this running thing is highly addictive when you keep PBing. That same day I handed out some flyers for the South Hudderfield trail and road series with Jon as there was only a few weeks until  the first race, The Windmill 6 which was my race that was raising money for Shepley First School. There was a bumper crowd of nearly 600 at parkrun that day so we were hopeful of a few entries from our flyers. 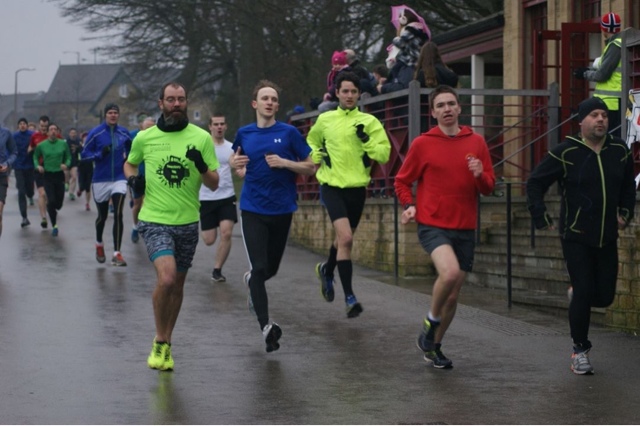 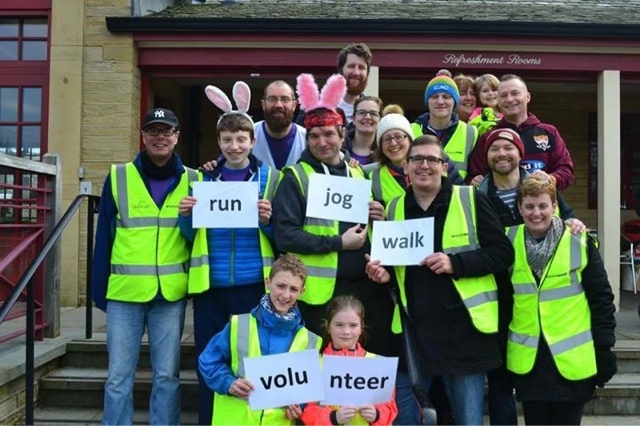 The next few weeks consisted of lots of emailing and posting on social media trying to sort out and drum up some more attention for the Windmill 6, although that didn't stop me running. I was still run streaking and was closing in on the 100 day mark at the end of February with the 100 day coming the Friday before the Windmill 6. Would I stop at 100, well anyone that knows me would quite quickly say no and they would be right. Especially as the following day is parkrun and then the Windmill 6 the day after that. Before all of that happened it was the last Sunday in February and that is Huddersfield 10k day, which for all of you with a good memory or if you've been running with the past couple of weeks you would have heard me rattle on about it. The Huddersfield 10k was my first official 10k now an amazing 3 years ago, with all the running I have done it seems longer ago than that. I had actually questioned whether or not I was going to enter it this year, but for sentimental reasons I did, and I the form I was in I was hoping for another PB albeit a course PB. There was no way I was doing it in 38 mins but I was going to aim for a 42 at least. The night before the race however I had gone out for a small school reunion and as these things do, it went on longer than I had planned and as usual I decided to run home too. I had already run nine miles that day and with the added seven running home (in none running shoes!)I had ruined my legs and made my feet quite sore. So race day my feet were in bits and my calves were very tight, but I pushed on not complaining too much as it was self-inflicted. I push as hard as my calves would let on the uphills and let myself go as fast as my feet would allow on the descents, but it took its toll and I couldn't force myself to finish strong. That being said I did cross the line in 42.37 which was a minute quicker than last year, but I knew I could have done so much better, a lot closer to 40mins based on how I felt and my performance on the day. Still it was a course PB so in the grand scale of things a great result and could have been so much worse given what I had done the day before. 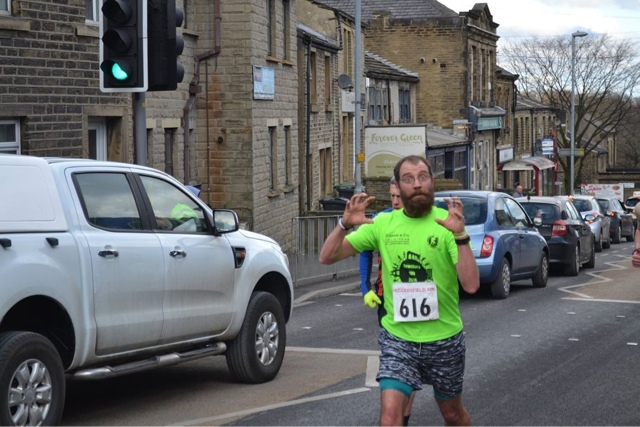 February also saw me enter a competition for SJ and myself to win a trip to Australia to take part in the Kangaroo Island marathon. We had seen a Facebook friend enter and just thought why not give it a try and see what happens, so I posted a photo of me and SJ with the boys and posted it. The idea is that people vote on your photo and the photo with the most vote wins the competition, when we entered the leading 2 had about 800 and 720 votes so we felt like we had no chance. We started to share the post on Facebook and thanks to friend and family sharing it we quickly rose to about 420 votes which was amazing. Then suddenly overnight we had only 250 votes and the leading 2 had gone down to 200 which had put us in the lead, we weren't sure what was going on or whether this was for real or not. After a little investigation from SJ apparently the organisers had taken the votes off people because of people cheating and figuring out how to vote more than once, so they reset everyone votes to a certain date and then voting was open again but with a more strict voting system. So it was real we were in the lead and we had a chance of winning so we didn't let the opportunity slip away. We posted and share our link all over facebook with friends and family sharing it too, plus we added it to groups we are in and we soon were up to 600 votes and counting. There was a couple of American ladies in 2nd who were sticking with us in the votes but we had the slight advantage. It became clear that it was looking like it was going to be between us and the American ladies and after a bit of back and forth with local plugs we have started to pull away. We had our story in our local paper and they did in theirs too as well as being on their local radio station too, but we have still managed to stay ahead of them and as of today with 8 full days left in the comp we have 1281 votes to their 932. It's getting very tense yet exciting and I'm sure come next week we will be a nervous wreck.

The Windmill 6 was an amazing success with over 90 people entering it and 73 running it on the day, we did have a slight panic as it snowed the couple of days before it and lightly the morning of the race, but luckily on the day the roads were clear and the sun came out making it, to quote a runner "the most picturesque race" he'd been in. Everyone had a great time and I got some great feedback from everyone. The only issue we did have was the windmill nursery and cafe got very grumpy about the runners wanting to use the toilets before the race. Complaining they weren't paying customers, even though I had asked permission beforehand and warned them they were coming and most of them will stop after for a coffee and or bacon butty. So there was a few annoyed runners but luckily not at me, and because the cafe were being silly a lot of the runners decided not to stick around because the cafe owners were very rude to them. It's a small cafe in the middle of nowhere so you would think they would take all the customers they could but because they were quite so rude they lost out on what could have been a really profitable morning for them. Oh well we had a successful run and we raised a good amount of money for the school. It was a great start to the series too and a few people have signed up to the series since and because of the Windmill 6. So on to the next one which is the School Run from Holme school and a trail run up and over the Digley reservoir, it should be a great race, you can find info on the series here. 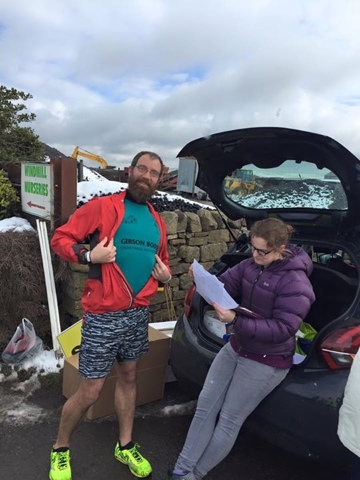 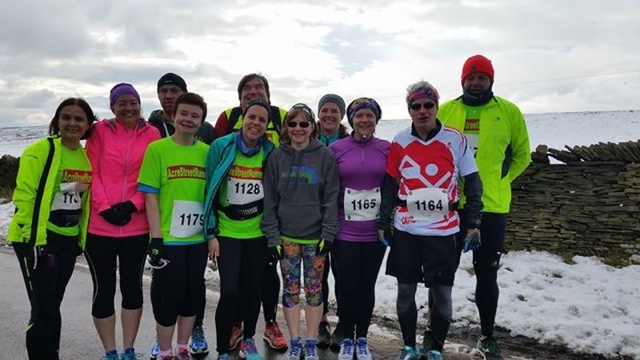 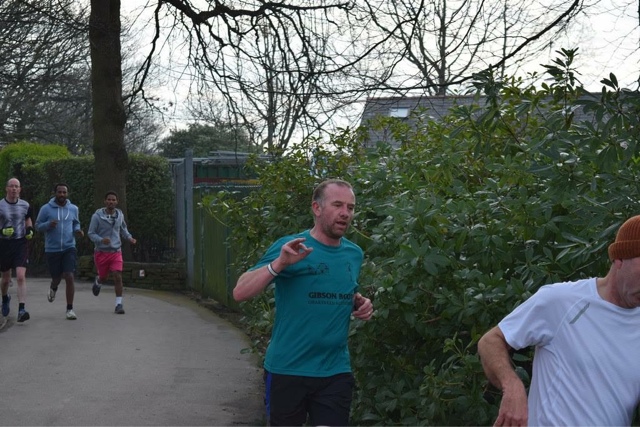 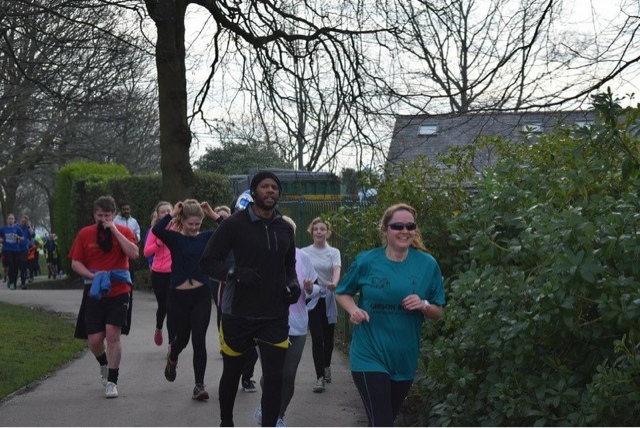 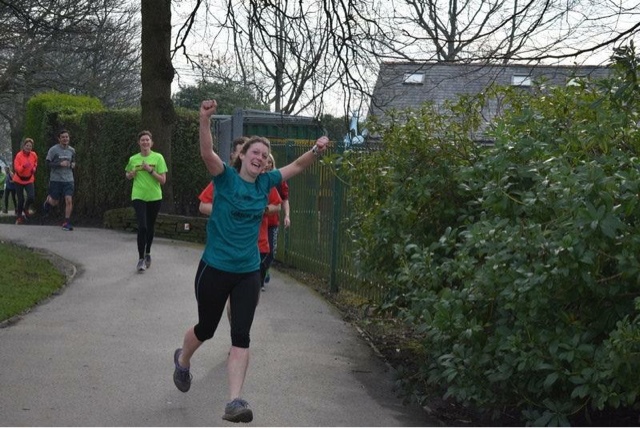 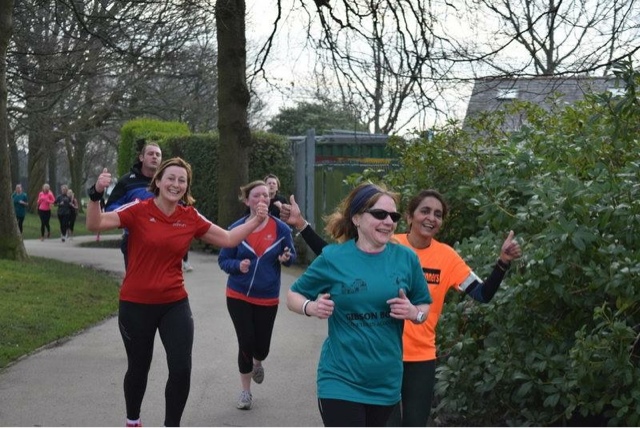 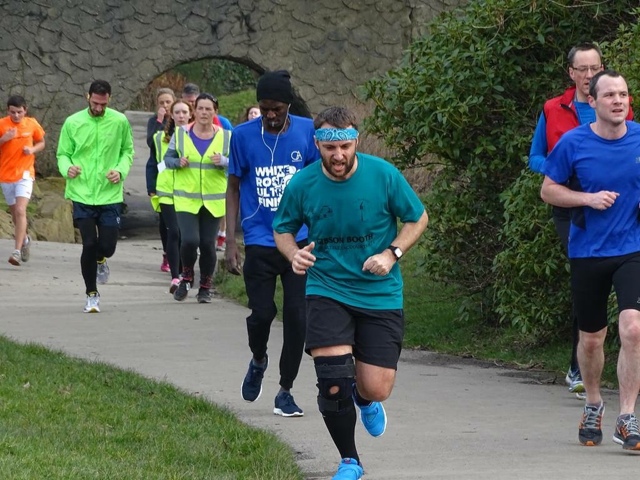 That's it for now but I'm sure I'll do an update for the close of the comp.